Prague - The Other City 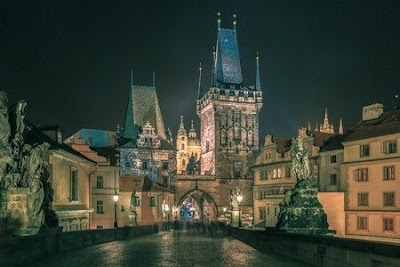 I have just finished reading The Other City by Michal Ajvaz.

In this strange and lovely hymn to Prague, Michal Ajvaz repopulates the city of Kafka with ghosts, eccentrics, talking animals, and impossible statues, all lurking on the peripheries of a town so familiar to tourists. The Other City is a guidebook to this invisible, "other Prague," overlapping the workaday world: a place where libraries can turn into jungles, secret passages yawn beneath our feet, and waves lap at our bedspreads. Heir to the tradition and obsessions of Jorge Luis Borges, as well as the long and  distinguished line of Czech  fantasists, Ajvaz's Other City—his first novel to be translated into English—is the emblem of all the worlds we are blind to, being caught in our own ways of seeing.

It is one of several books I have read which portray an alternative Prague existing alongside the "real" Prague. I have reviewed some of them on my Magic Realism Books blog: including A Kingdom of Souls  by Daniela Hodrova,  Keeping Bedlam at Bay in The Prague Cafe by M Henderson Ellis, Gustav Meyrink's works including of course The Golem and of course Kafka's The Metamorphosis.  And there are more such books on my to-be-read list.

I am not surprised that Prague has almost spawned a sub-genre of place-based magic realism. During my first visit to the city, only a few months after the Velvet Revolution, I was acutely aware of the magical or spiritual energy that seemed to flow out of Prague's ancient stones, rippling across the Vltava and climbing the steps to the castle and Emperor Rudolf's alchemical workshops. That magical echo is less audible now beneath the footsteps of eager tourists and the kerching of cash registers, but it is still there. 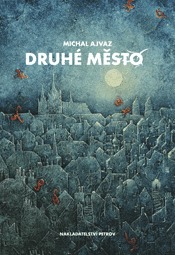 The Other City is set in a Czech winter, a time of year when I have always felt the Prague magic most acutely. Maybe it is because of the way the snow deadens sound and redraws the familier outlines of buildings, smudging the boundaries between water, land and sky.  Ajvaz's Other City also emerges at night, something that is hard to imagine in the real city busy 24/7.

The alternative Prague that Ajvaz creates is too fantastical for my liking, closer to surrealism than magic realism. The author obviously had great fun inventing an amazing alternative world and mixing it in with the real Prague - "Customers at Cafe Slavia are seldom assaulted by sharks". I particularly loved the idea of the bases of the statues on Charles Bridge being used as stalls for tiny elks, but at times the weirdness just went on too long. I am perhaps too Anglo Saxon to appreciate this very Czech absurdism. By the way there are some great jokes about the Czech language in the book; "Case endings were originally invocations of demons." For this failed student of Czech, they still are!

It is hard at times, as the novel's central character pursues the Other City and is at times pursued by it's inhabitants, to see where the novel is going. But there is a resolution - a philosophical one, which comes to the central character in the last chapter.  Ajvaz is a researcher at the Prague Centre for Theoretical Studies and has published not only a book on Borges but also one called Jungle of Light: Meditations on Seeing and in many ways this book is also a meditation on seeing. I will say no more for fear of spoiling the book for you. 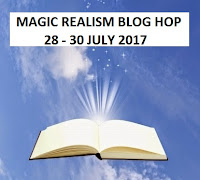 This description reminds me of a book my husband raves about--China Mieville's "The City & the City." I tried it but had trouble getting into it. The premise sounds similar to "Prague--The Other City." In this case, though, not a real city, but an imaginary Eastern European city, with a double existence. I don't think City & the City is consider MR. In fact, I'm not sure what exactly it is considered.

I have seen China Mieville's book on a list of magic-realist books, but I too am not sure about it.

What I remember about Prague was the overwhelming sense of walking in Mozart's footsteps. Perhaps not quite apropos to this post, but it is a magical city that can imbue you with its magic quite easily if you allow it to. Undercurrents abound. Kafka and Mozart...alive and well in Prague.