Guest Post - How I Put a Goddess in The Maidens’ War

In my new career as a writer, I have met some fascinating writers on the web, a number of whom share my love of all things Czech. I therefore plan to introduce you to some of them over the next few months. In today's post I welcome writer,  Lynne Cantwell, whose book The Maidens War is inspired by the Czech legend of the same name. I asked her to write about this post for you about how she came to write her book... 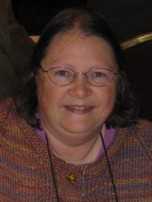 I am a third generation Czech-American.  My mother’s parents emigrated from Czechoslovakia with their parents around the turn of the 20th century, then met and married here.  My mother was the third of their six children.  Of course, they spoke Czech at home.  As a child, I would hear words and phrases in Czech when we visited my mother’s side of the family, and I always intended to learn the language.

Decades passed.  Eventually, I found a reasonably-priced language program offered by a Czech-Slovak heritage association and began taking classes.  At about the same time, I came across an English translation of Alois Jirásek’s retelling of “The Women’s War” from his book, Legends of Old Bohemia.  I learned later that I was not the first person to be entranced by the story.  But Šarka’s tale struck me.  I remembered how Disney had changed the story of Pocahontas for its animated movie, morphing the real child into a nubile young woman who dove off waterfalls in a primeval forest (I lived in Tidewater Virginia for many years, and I am here to tell you that neither grand waterfalls nor primeval forests exist there), and I wondered whether Jirásek hadn’t done a similar disservice to Šarka.  What if she hadn’t been a man-hating vixen?  What if she had been coerced into trapping Ctirad?  And what lessons would she be mulling over while trapped for centuries inside her mountain?

It was clear to me that Šarka deserved to be freed from that mountain; she deserved to pass on her hard-won wisdom to someone.  So rewrote her story, and then I invented the character of Maggie, an abused girl just starting college, who could benefit from Šarka’s advice.  I titled my novel The Maidens’ War.

To write the book, I did a fair amount of research into early Czech civilization, including some on the pagan Slavic pantheon.  I settled enthusiastically on the figure of Mokoš, an earth mother goddess who, I thought, was a prime candidate for leading Šarka into her mountain, and wrote her into the story.

I was nearly done writing The Maidens’ War when I decided to look up the Slavic pantheon in Czech on Wikipedia, just to be sure I had the names spelled correctly.  I noticed the Czech entry for Mokoš was a lot shorter than the one in English, so I read it as best I could. Then, in dismay, I printed it out and did a better translation.  Alas, the result was the same both times: the article said there was no evidence that Mokoš had ever been worshipped in the Czech lands.

But the good news was that I was writing fiction.  So in my book, Šarka has a Ukrainian mother who brought her worship of Mokoš with her to the Czech lands, and the nascent worship of the goddess among Czech women is crushed when Děvín falls.  Problem solved.